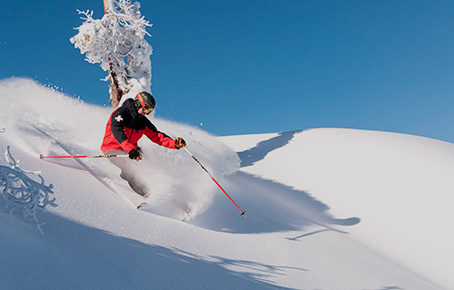 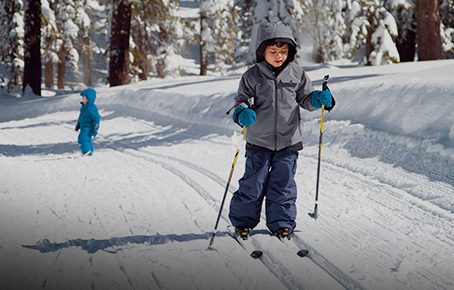 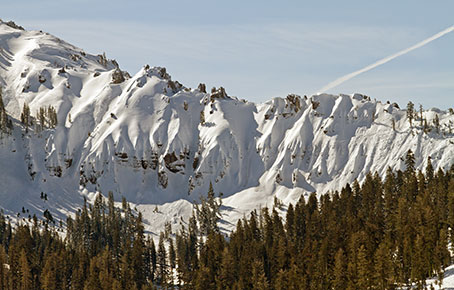 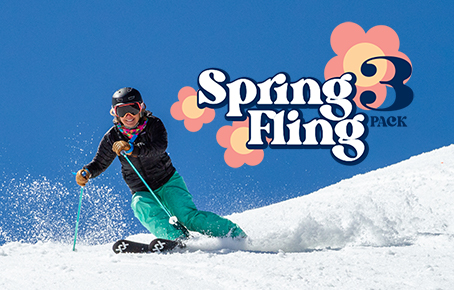 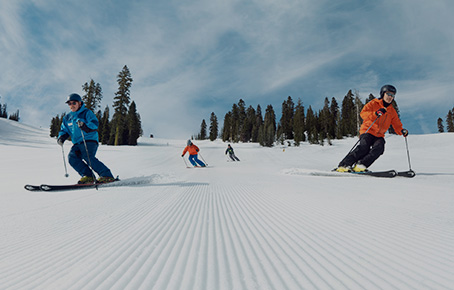 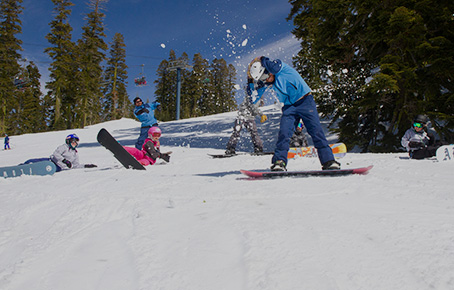 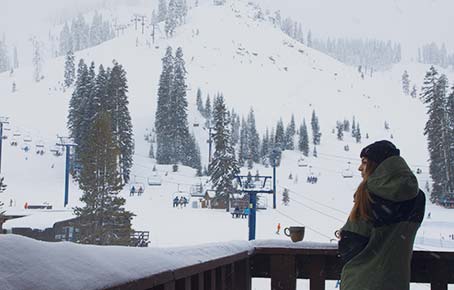 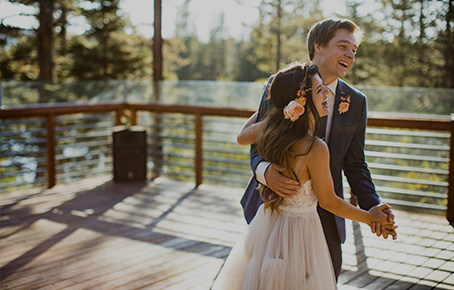 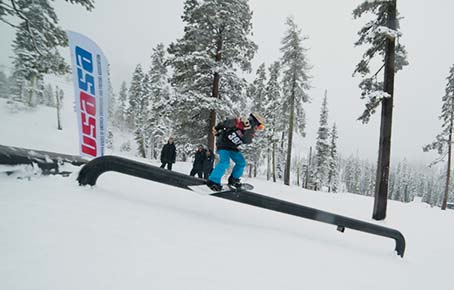 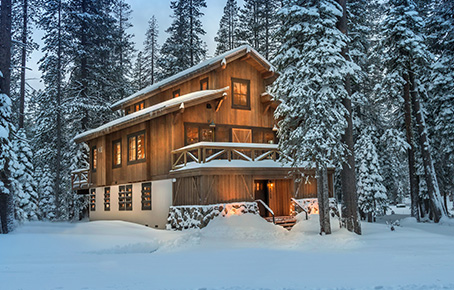 A resort steeped with history

Proudly Independent for Over 80 Years

One of the oldest ski resorts in California, Sugar Bowl has a storied past with ties to Austrian ski culture, Hollywood and Walt Disney. This special place helped bring skiing to “sunny California,” was home to the state’s first chairlift, and the west’s first ski gondola. Today, Sugar Bowl continues to attract adventurous winter sports enthusiasts who are drawn to the authentic, community-based experience only offered here.

Read on to learn more about where we’ve come from… 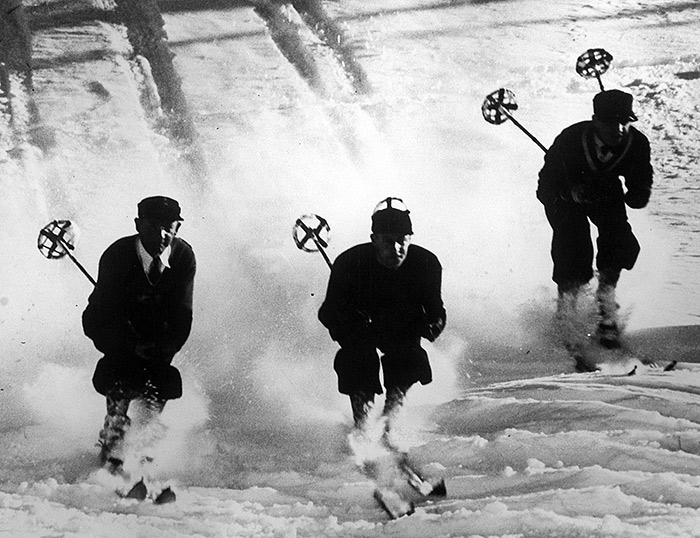 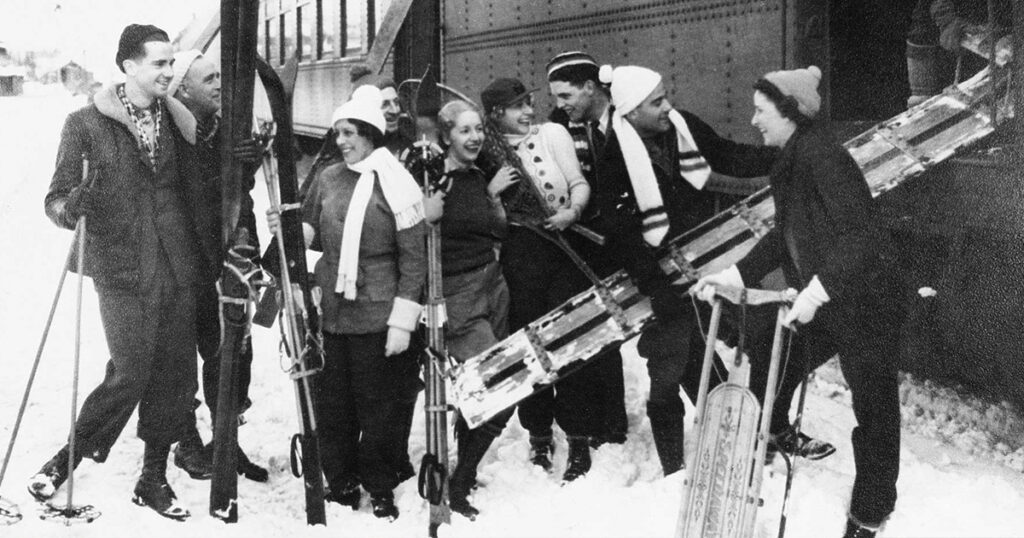 When we’re cruising up Old 40 to Sugar Bowl, sometimes we forget to pay attention to all the history we’re driving past. You’ve probably noticed the horizontal stripe of snowsheds set into the landscape BUT do you know the story behind these train tunnels?

Posted By:
Maggie aka "The Turninator"

When we’re cruising up Old 40 from Donner Lake to Sugar Bowl, sometimes we forget to pay attention to all the history we’re driving past. You’ve probably noticed the horizontal stripe of snowsheds set into the landscape BUT do you know the story behind these train tunnels?

More than 150 years ago, the train tunnels were constructed by thousands of Chinese laborers. The challenging puzzle piece completed a crucial section of the Transcontinental Railroad. This feat of engineering involved drilling through miles of solid granite and building huge walls from the excavated rock. Most of this dangerous work was completed by hand.

While the pioneers of the infamous Donner Party are often remembered in Tahoe’s history, far fewer realize these railroad tunnels were engineered by Chinese immigrants who endured two big Sierra winters— even bigger than the ‘16-17 season. Not only did the tunnel builders avoid the same fate as the Donner Party, they succeeded in producing one of our nation’s most impressive infrastructure achievements.

Check out this article (with gorgeous photos) by SF Gate.

P.S. Since you’re into trains…

We’ve got another little known train fact for you. There used to be a ski train that skiers could take directly to Sugar Bowl. How cool is that?

This particular photograph was used in the 1930’s as an advertisement for the Southern Pacific railroad’s “Snowball Specials” which ran from the Bay Area all the way to Truckee. The trains would depart from Oakland at midnight and were equipped with all the comforts a skier might need. Of course, there was a well-stocked bar car so travelers could party through the night. There was even a “Ski Hut” that sold socks and mittens and offered professional rental equipment fittings. Arriving at Sugar Bowl early the next morning, skier could enjoy the mountain for the day, returning exhausted on the train that evening. Just sayin’… who else wants to bring back the ski train!? Read more
Ski & Ride Articles from "The Drift"
Want to check out our archive of ski & ride articles? We’ve covered everything from powder day highlights to tips for skiing with kids. Whether you want to learn about Sugar Bowl history, get some pointers for a first timer, or learn more about cross country skiing at Royal Gorge, "The Drift" is your hub for all things skiing & riding. We publish a few new articles every week, so be sure to check back often.
Read more